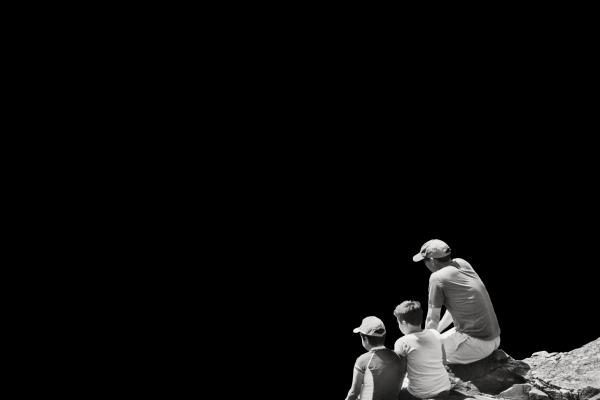 Out of Cast and Cave performance:

Tuesday, August 27, 2013, 12:30–2:30PM
Donald Lokuta: Plato's Cave – Segal's Studio is the first exhibition of the work of Donald Lokuta (PhD The Ohio State University 1975) to explore the shared themes between two series of work. By juxtaposing projections of Lokuta’s painted-photographs based on Plato’s analogy of the cave with large-scale prints of photographs Lokuta took of the studio of sculptor George Segal, the exhibition explores the relationship between ideas of abstraction, figuration and the artistic process, and the tension between image and reality.
In 1984 Lokuta began photographing the studio of the sculptor George Segal (1924-2000), and as their friendship developed the photographer took an active role in the production of the sculptor’s iconic plaster casts as both assistant and model. During this time Lokuta also began his series of painted-photographs In Plato’s Cave (1984-2009) which depict a variety of people at scenic overlooks, walking or seated among rocks or along coasts, set against a blackened background of acrylic paint. Lokuta makes the figures in the works directly evoke the situation Plato's celebrated analogy of the Cave in his dialogue, the Republic (7. 514a-517a), but with an emphasis on the individual figure within the Cave as much as the metaphysical and epistemological message of Plato's analogy.
By recreating the layout of Segal’s studio through Lokuta’s photographs, while incorporating an enclosed darkened space the viewing of the projections of the Plato’s cave series, the exhibition offers a unique investigation into the related themes in Lokuta’s work: his interest in the unseen, especially in terms of the humanism implicit in the question of who we are when no one is looking.
The exhibition is curated by Richard Fletcher, Associate Professor in the Department of Classics at OSU as part of his ongoing investigation into the dynamic between Classical literature and philosophy and contemporary art.
For more information on Donald Lokuta, visit his website: www.donaldlokuta.com