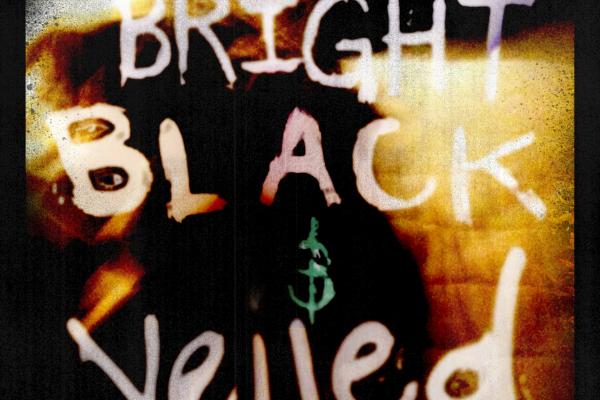 City Center Gallery launches the new year with an exhibition of large-scale paintings by local artists Stefan Hoza and Adam Johnson. Extinguishing the myth of the "enlightened painting" is the primary focus of the two painters, allowing audience members to take in that which is presented directly. They call upon viewers to absorb what was in front of the painters: objects they tend to notice, the people that fascinate them, and the imaginative bursts in the present moment. Both artists have created these paintings in the hope that they will translate the experiences of making the work into the experience of viewing it.

Bright, Black and Veiled is a showcase of collaborative effort between the artists themselves, their subjects and the viewer. In this spirit the paintings become an inclusive dialogue, inviting art into the mind. Painting is the medium of choice, as its historical relevance and investigative properties give both artists free-range inside a constructive perimeter.

"I believe in Art as a method of observing the world. Thus inspiration can come from anything, often what is located around you. To me, an artist is someone who is always thinking about how to see and how to be affected by what they see. With this vision comes curiosity, concern, self-awareness and excitement. This form of sight gives us the ability to draw connections between our surroundings and the collective life experience. In this spirit my work is mainly about looking and what that engagement means. I've always identified with painting as a poignant medium for using this sight, creating space both through material manipulation and relationships between subjective and objective forms."

"The peculiarities of my visions come from the devising nature of obsession. It is not that I, as the individual, create something super human. Instead I find the fascinating intricate appearances of the natural and man-made, and contort them. I fashion that which is unreal into a visual deception which could be considered real. It is similar to the camera obscura, the artists' tool used to blur and flip that which is before them contorting the image into shapes as opposed to things. I try and focus what is nebulous in my thoughts, different aspects of color and form, into something specific. It is something beyond seeing the object placed in front of me or seeing the result, instead it is polishing what is processed inside my mind into the creation projected on a surface. I consider it utilizing or mediating with the imagination to create the image, through labor and determination. The will of my individual interpretation is progressive to the act of my creations. In creating pieces, I deceive myself into thinking that a realization is focused or present, and in doing so create new visual ideas that I demand be delved further into. I do not believe that this is particularly beyond human ability, in fact I believe it to be natural; that a person must hone the gem of imagination with discipline and determination. It is my intention to pull the voyeur into the tangible lurid aspects of this final focused form, but at the cost that the image in my mind is proprietorially intangible."

City Center Gallery is an opportunity for promising emerging artists to display their art and launch their careers. Artists who display in City Center Gallery will have the unique opportunity to exhibit work in a professional setting and gain real-world knowledge in the operations of galleries. By assisting local independent artists, the OSU Urban Arts Space hopes to create a new artistic destination for both artists and residents of Columbus, Ohio. Read more about City Center Gallery here.