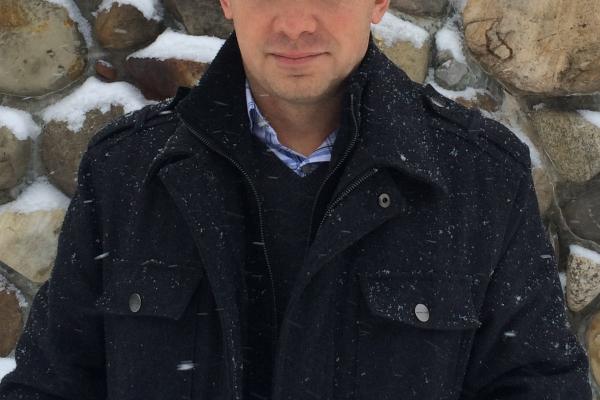 Admission is free and open to the public
RSVP now! (An RSVP is not required to attend, but it does help us keep track of attendance!)

Join us for a reading and reception with Cleveland-based novelist Kevin P. Keating, this year's John E. Nance Writer-in-Residence. Keating will read and discuss his work in a lively and engaging conversation.

As the Nance Writer-in-Residence, Keating will reside for four weeks at the historic home of author, humorist and New Yorker cartoonist James Thurber and receive a $5,000 stipend. He will begin his residency in the late summer 2018.

About Kevin P. Keating
Keating is the author of many short stories, essays, and reviews, and two novels: The Natural Order of Things (2014), which was a finalist for the Los Angeles Times Book Prize for a first work of fiction, and The Captive Condition (2015). Keating is nearing completion of his third novel, tentatively titled In the Secret Parts of Fortune. He will be working on final edits of this project and drafting his fourth novel during his residency.

After working as a boilermaker in the steel mills in Ohio, Keating became a professor of English. He has taught at Baldwin Wallace University, Cleveland State University, Lorain County Community College, and John Carroll University.

About the John E. Nance Writer-in-Residence Program
The Nance Writer-In-Residence was created in 2012 by Sally Crane Cox, who chairs the Nance Committee at Thurber House, to honor her late husband, John Nance, who was a critically acclaimed photojournalist, author and Associated Press Bureau Chief in Manila.

The Nance Residence program is a partnership between Thurber House and Ohio State University.