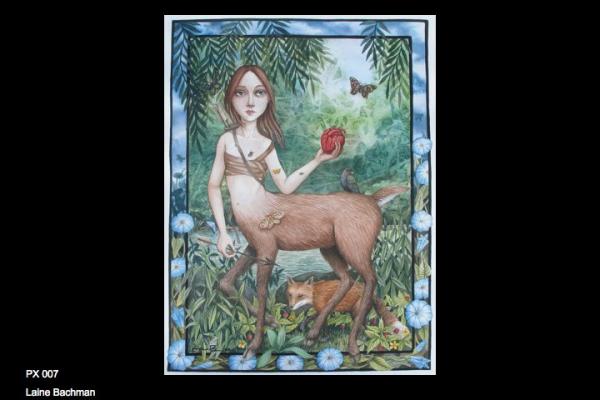 At the end of January the OSU Urban Arts Space will shed winter with Ohio Art League's annual spring juried exhibition. These annual juried exhibitions are the backbone of OAL's artistic programming, presented annually since 1910. This spring's juror is David Pagel, Associate Professor of Art Theory and History and Chair of the Art Department at Claremont Graduate University in Claremont, California. Mr. Pagel is also a regular contributor to the Los Angeles Times as an art critic.

The OSU Urban Arts Space, in the historic Lazarus building in downtown Columbus, will shed winter with Ohio Art League's 98th Annual Spring Juried Exhibition from January 27 through March 27, 2009. The entities have worked together closely as community partners since the inception of the OSU Urban Arts Space concept. Fittingly, this marks the first exhibition in the venue coordinated by an external interest.

David Pagel, of Claremont, CA, an associate professor of Art Theory and History at Claremont Graduate University and chair of its Art Department, will serve as juror. Pagel is also an art critic for the Los Angeles Times, adjunct curator at Blaffer Gallery of The Art Museum of the University of Houston, a board member of the Foundation for Advanced Critical Studies, and a contributing editor for Bomb Magazine.

OAL's Spring Juried Exhibition has taken place annually since 1911. In 1928, more than 5,000 people attended the exhibition, which was housed at the Gallery of Fine Arts, now the Columbus Museum of Art, where the exhibition found a home for more than sixty years.

This competitive exhibition commonly sees in excess of 500 entries from hundreds of Ohio artists. Entry is open to visual artists in any medium, who reside in the state of Ohio. Artists whose work is accepted into the exhibition are eligible for thousands of dollars in award money.

In 2009, OAL celebrates its 100th anniversary. The 98th Annual Spring Juried Exhibition at OSU Urban Arts Space is the first event of this historic year.

In addition to the opening reception and awards ceremony, the OSU Urban Arts Space will host a variety OAL events including, Ohio Art League Juror's Talk and Awards Preview, Thursday, January 29, 2009, at 7pm. This event previews the six works Pagel selected for artists awards, including the winner of the prestigious, Best of Show. The discussion includes Pagel's take on his selection process and an open criticism of the award-winning works. On, February 26, 2009, UAS presents, Ohio Art League Community Critique, from 6 to 8 p.m. This critique is an opportunity for artists and patrons to come together to discuss artists' new work, design, and direction and seek feedback from their peers. Finally, on March 26, 2009, OAL invites artists to come learn the finer points of taking and manipulating digital images of their work for competitive submissions, in their workshop, Ohio Art League Digital Image Workshop. All of these events are free and open to the public.

The League benefits annually from the generous operating support of the Ohio Arts Council, the Greater Columbus Arts Council, and the Columbus Foundation.