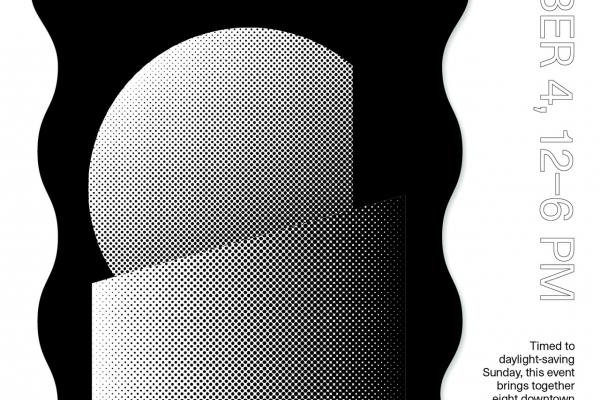 Downtown Art Sunday in the News!

Lots of buzz about the inaugural Downtown Art Sunday.

“A gallery owner and a curator are riding in a car” is not the start of a joke, but rather a new art event that seeks to connect Downtown art spaces both to each other and the community but also connect the community to Downtown in general via art.

Six years ago, Downtown gallery owner Angela Meleca created a mock-up of a walking route that would take visitors through a half-dozen or so art spaces in the center city. She said discussions around creating an event that temporally linked these already geographically connected spaces have been ongoing and intermittent.

The Short North has its Gallery Hop, Franklinton has its Franklinton Fridays and, now, Downtown is set to begin promoting its art offerings.

Downtown Art Sunday will make its debut this weekend from noon to 6 p.m., with eight venues showcasing their exhibits and some providing special programming.

All of it is free.

“We really want to encourage people to move from one venue to another,” said Jo-Ey Tang, director of the Beeler Gallery at the Columbus College of Art & Design and one of the event’s organizers. “There’s so much diversity here, and we want to make Downtown a cultural destination.”

On Sunday, Nov. 4, Downtown art galleries, artists, and poets will come together for Downtown Art Sunday. The day will include exhibits, a poetry reading, and hands-on programming from eight Downtown art galleries, including the Angela Meleca Gallery, Appendix, the Columbus College of Art & Design’s Beeler Gallery, the Columbus Museum of Art, Hawk Galleries, Ohio Arts Council’s Riffe Gallery, and the Urban Art Space.