Charles A Csuri: Beyond Boundaries, 1963-present 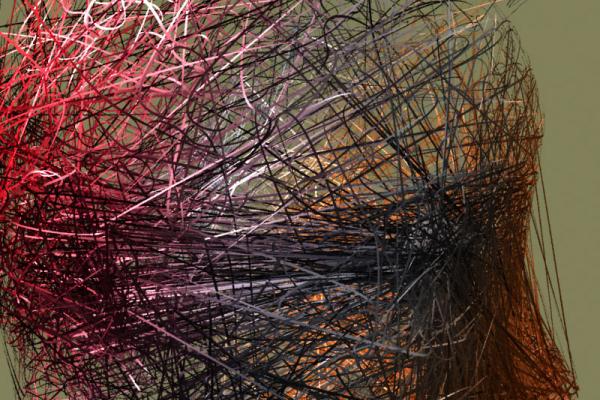 See the critically acclaimed artwork of Charles A. Csuri, an artist who brilliantly utilizes cutting-edge technology, for the first time in Ohio at the OSU Urban Arts Space.

After opening in Boston and showing in Taiwan, Beyond Boundaries stops in Columbus for its first Ohio showing. Charles A. Csuri: Beyond Boundaries, 1963 - present is an extensive retrospective exhibition celebrating the life and work of Charles A. Csuri, Emeritus Professor at the Ohio State University. Recognized by Smithsonian magazine as the "father of digital art and animation," Csuri's artistic and research efforts have won him numerous art awards including the Governor's Award for the Arts and the Joseph Sullivant, The Ohio State University's highest award. His work is included in more than 20 books on digital art and has appeared in exhibitions around the world. Csuri also established the Advanced Computing Center for Arts and Design (ACCAD) at the Ohio State University, one of the world's first computer art, animation teaching, and research programs.

This exhibition, curated by Janice M. Glowski, Ph.D., examines and historically contextualizes over 85 of Csuri's computer artworks from 1963 to 2010. It includes Csuri's first plotter drawing; previously unseen samples from the artist's sketchbook; preserved real-time art objects; rediscovered works from the early period; documentary footage; the animated 1968 film Hummingbird (now in the permanent collection of the Museum of Modern Art, NY); and more. The original 2006 traveling exhibition has been brought up-to-date for this Columbus showing, and contains new art such as an innovative, multi-screen generative movement sculpture. A 176-page, full-color catalogue with scholarly essays, art historical and art critical writings, and a historical DVD with voice-over by the artist will be available for purchase in limited numbers.

"When I began making art with a computer, I realized that I was working in a very measured and calculated universe. I had to ask, "How does one make the art move and come alive in this context?" In the end, I thought it best to design a computing environment that was non-linear. The cycle or system of prediction had to be broken. Ironically, I ended up using logic to create the unpredictable in order to achieve the elements of surprise and excitement. It was far too difficult for me to stay between the designated parameter space of 0 and 1, like the programmers told me, again and again, to do. I was compelled to use the wrong numbers just to see if the computer would explode. The computer became more like a playground of the absurd. I wanted to play and have a sense of fun. This offered me the possibility of accident to discover the art. It's still my best prospect of creating something that has the feeling and aura of humanity." - Charles Csuri, 2010

Excerpt from Scribbles and Smears in Space from K Kelley on Vimeo.