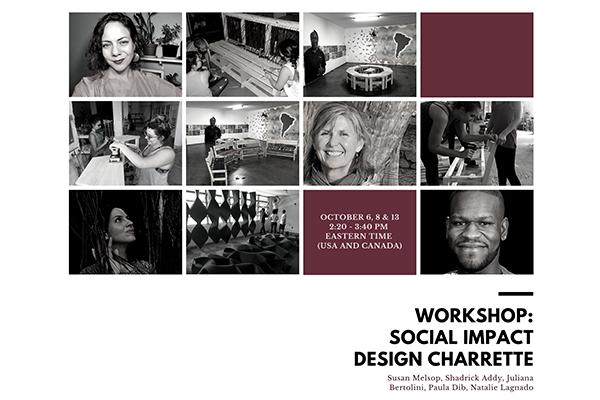 As part of the 2020 Design Faculty Exhibition, "Making Lemonade," students from The Ohio State University, Columbus, Ohio, and Mackenzie Presbyterian University in São Paulo, Brazil will participate in a week-long design charrette. In collaborative teams, students will explore the use of design methods and principles as tools for facilitating meaningful social impact. The charrette will consist of both synchronous and asynchronous activities from Tuesday, October 6 -Tuesday, October 13. The synchronous collaboration will take place from 2:20pm - 3:40pm ET on October 6, 8, and 13.