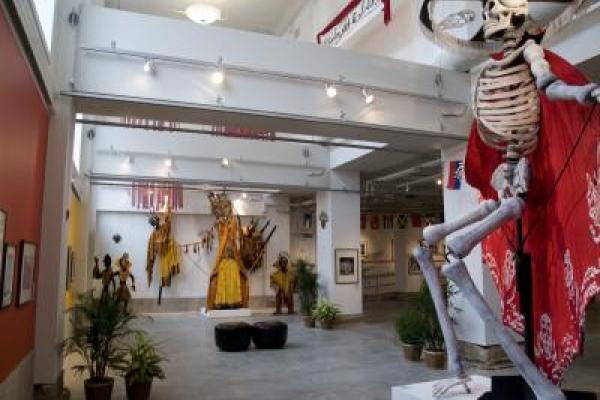 The public exploring the art at the UAS's first ever opening reception for Midnight Robbers. 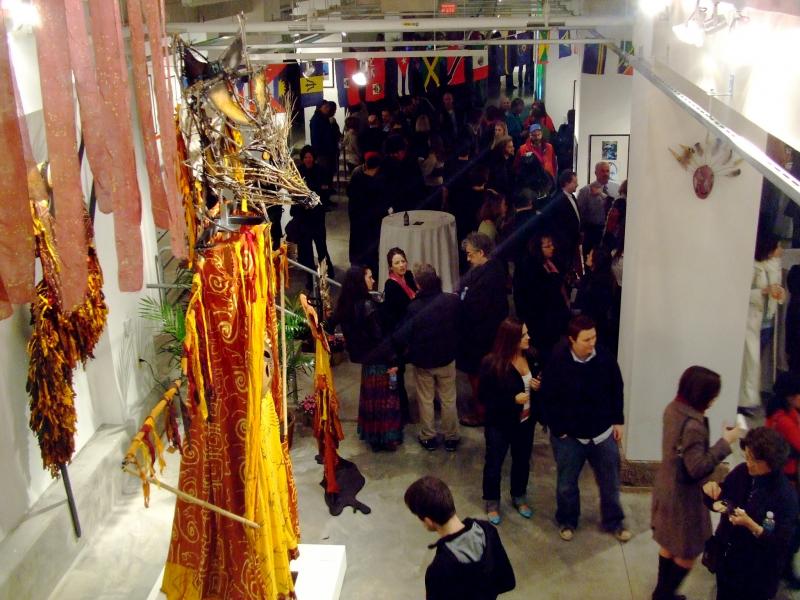 We have always been committed to educating youth about different art forms, and Midnight Robbers was no different. Here is a snapshot from our first ever youth tour. 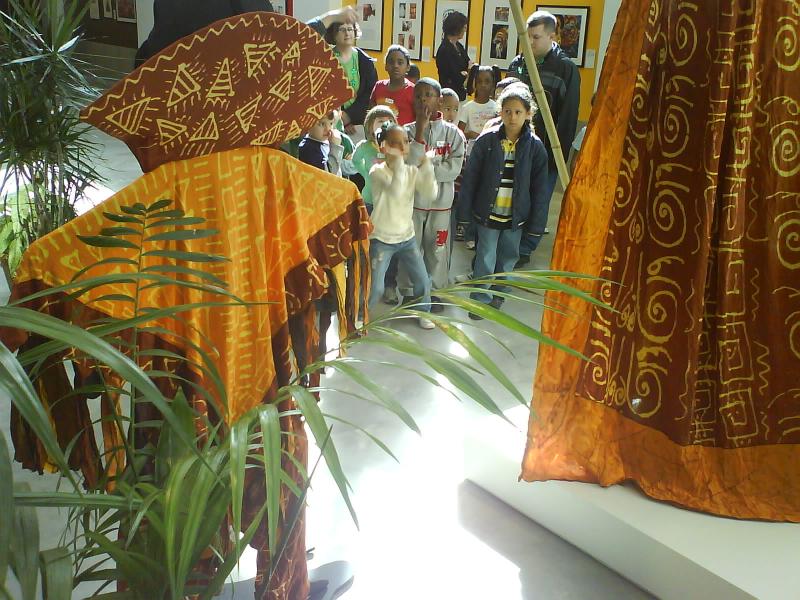 In an effort to bring the carnival atmosphere to life, our receptions for Midnight Robbers featured live music along with the installed artworks. 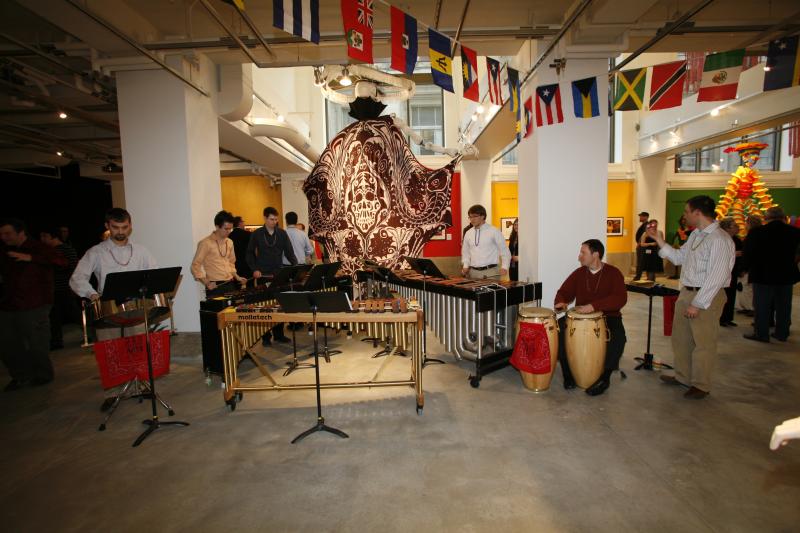 At one of the receptions, stilters performed and brought the carnival spirit to life in the gallery. 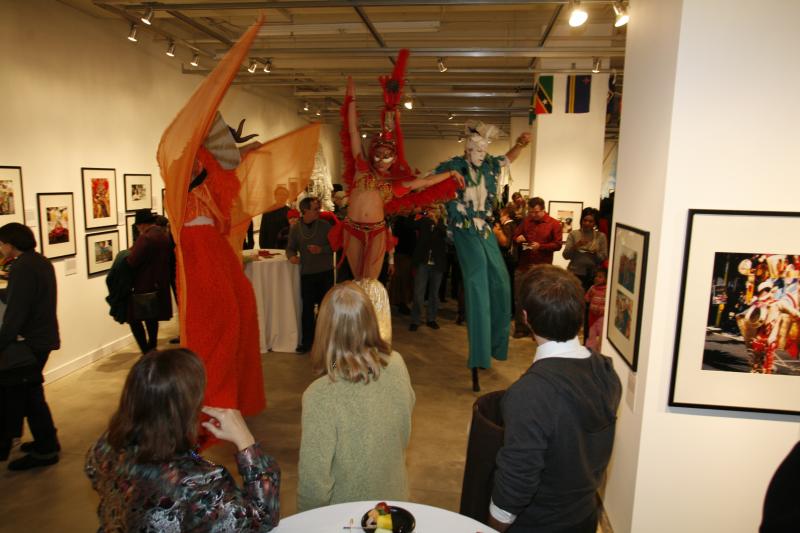 This captivating digital artwork was the first thing viewers saw when entering the gallery for the exhibition. 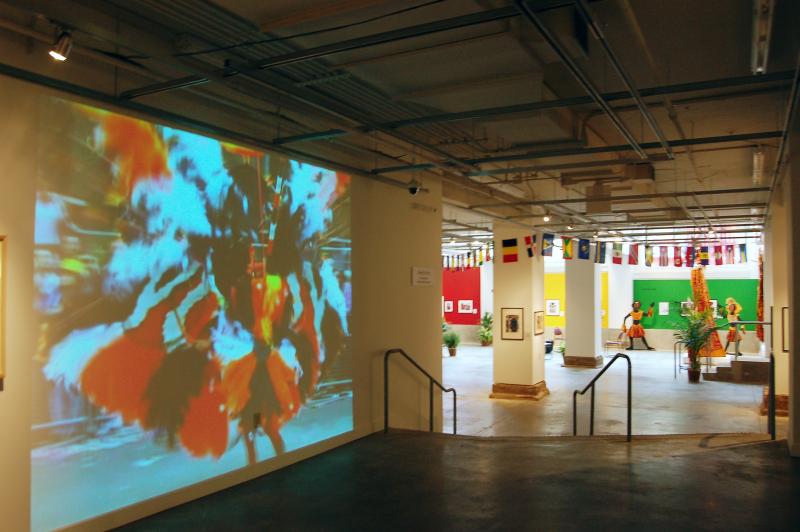 The Notting Hill Carnival takes place annually in London, England, and is influenced by various forms of Trinidadian culture. Pictured below are masks and costumes influenced by this culture that could be worn by performers at the carnival. 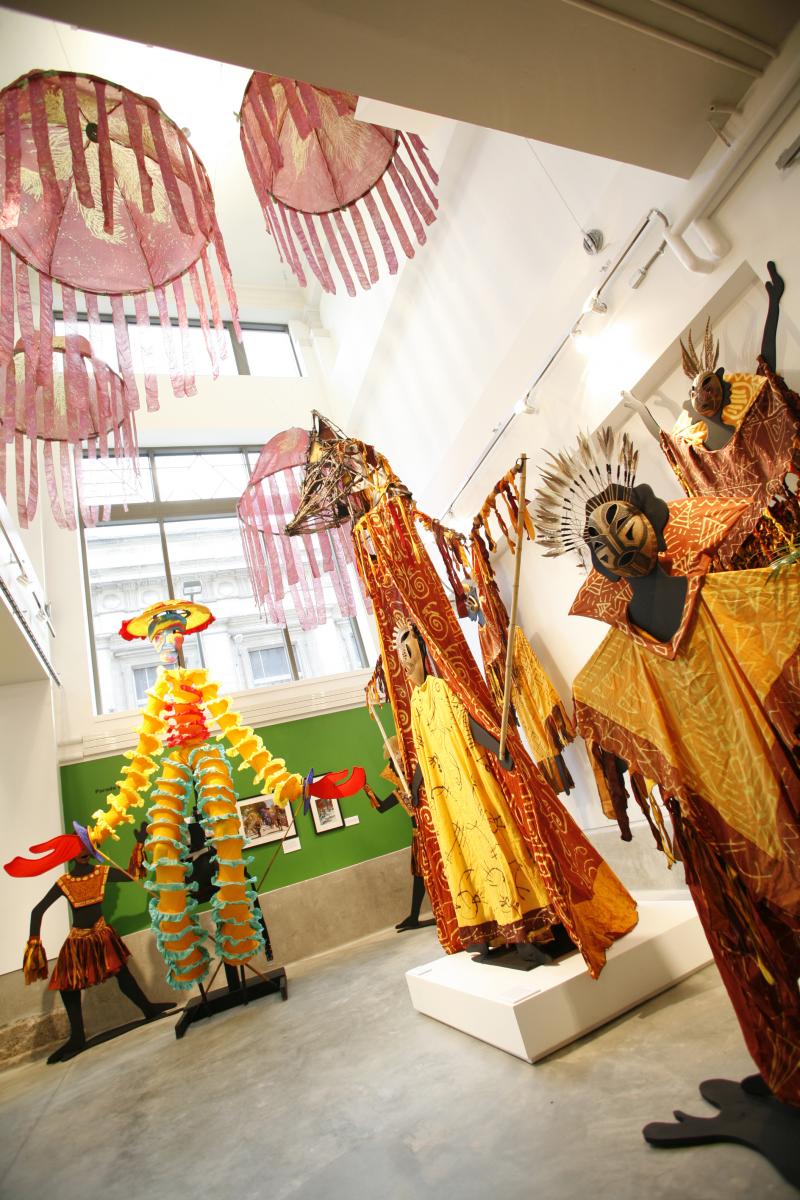 Urban Arts Space's inaugural exhibition, Midnight Robbers: The Artists of Notting Hill Carnival, opened February 8, 2008. This groundbreaking exhibition, which premiered in London at London City Hall in 2007 was curated by Ohio State University Theatre Professor Lesley Ferris and Ruth Tompsett from Middlesex University in England. The exhibition explored the historic context of the London Carnival and looked closely at the Carnival art form. Revealing the power and artistry of Europe's largest and most spectacular street performance, the London exhibition commemorated the 200th year since the abolition of the British slave trade.