Pattern Thinking: Australian Aboriginal Art from the Collection of Tom and Cynthia Schneider with Contributions by Nancy Crow, Anne Keener and Maija Miettinen 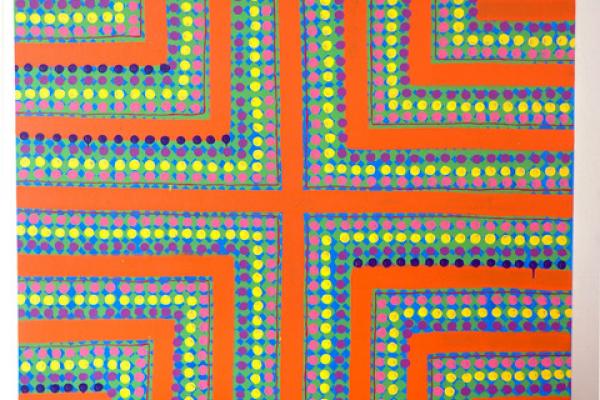 Pattern Thinking: Australian Aboriginal Art from the Collection of Tom and Cynthia Schneider with Contributions by Nancy Crow, Anne Keener and Maija Miettinen brings together artworks created by Indigenous Australian artists and United States-based artists to offer an umbrella under which the contributing artists can enter a cross-cultural dialogue. The exhibition features work by such artists as Clifford Possum Tjapaltjarri, one of the founders of the Western Desert Art Movement; Nancy Crow; Maija Miettinen; Minnie Pwerle; and more. The exhibition is curated by scholar and artist Anne Keener.

Keener says, “Contemporary Australian Aboriginal art is one of the most significant art movements of the late 20th and early 21st centuries. The Indigenous Australian paintings express stories of patterns of interrelation of the forces of all of life laid down by creator beings. Indigenous Australian people are the custodians of the land to which they belong and have been influential in repealing the doctrine of terra nullius in Australia and winning the right to live on their traditional lands.”

ABOUT THE TOM AND CYNTHIA SCHNEIDER COLLECTION

Tom and Cynthia Schneider began the collection in 1992. This extraordinary group of artworks reflects the Schneider family’s love affair with Australia. With their children Tommie and Sam, they have explored Australia from the Great Barrier Reef to Kakadu to the Kimberly to Broome, collecting Aboriginal art along the way. A founding member of the Australian-American Leadership Dialogue, Tom Schneider also had a consulting business based in Melbourne. Cynthia Schneider is a former ambassador to The Netherlands and currently works on diplomacy through the arts and cultural exchange.